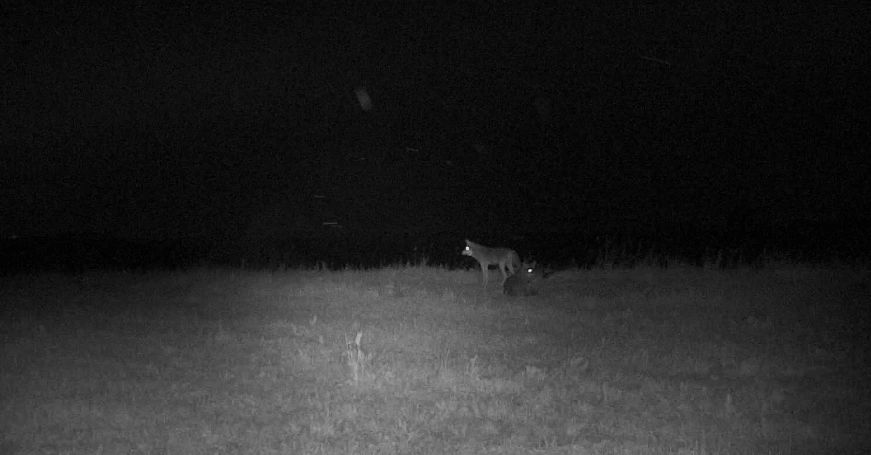 Welcome to Trapping and Napping!

Welcome to Trapping and Napping!

The Trapping And Napping Podcast

We are farmers, trappers, and predator hunters, bringing you weekly discussions and interviews with our podcast. Our goal is to promote all forms of trapping and hunting, while providing content that is motivational, inspirational, and educational.

We will talk about keeping traps working, scent control, and the importance of trying different things on your trap line. Plus a tip for anyone new wondering how to speed up their learning curve

We discuss an issue someone was having, as well as being the Black Mamba of your own trapline

We begin with an article about a coyote attacking a 2 year old. Then we discuss set construction and trail cam videos, and the value of these

We will discuss patterns in trapping, and why it valuable to recognize them. We will also talk a little about blind sets for coyotes

We discuss the idea of leaving seed, my views on this, and why I view it this way.

A look at an article written by Clint Locklear on Eastern Coyote Control Methods, and, the “OSWS”

Happy Festivus! The tradition of Festivus begins, with the airing of grievances

Taking friends and family out on your trap line, and a Legends System to Slaughter Coyotes

Great interview with Alan Probst of Pennsylvania Outdoors and F&T’s Freedom Outdoors Show. We talk about everything from trapping, to DVD’s, business, beef jerky, and even Johnny Thorpe!

You can check out some of his products at WILDMeats.com

What’s needed to get started in Coyote Trapping? We discuss more than just the sets, equipment, and locations

Feeding your mind, and Making a Commitment to something you really want in your Trapping

Playing Checkers and Chess with Coyotes

Discussion about fox and gnarly bone sets for coyotes

Competition and The Challenge in Trapping, and Trapping with No Doubt. Make it happen!

Drags for Coyotes, What I think the best lure for Coyotes is, and Ways to get around exposed bait rules

This episode will lead into the next, but we will discuss a way to get more out of your trapping, and something I wish to change in Coyote trapping. As well as what a beautiful coyote set looks like to me.

Tonights show will be a little different, but we will end with a thought for snaring and trapping coyotes, fox, or bobcats with a predator call

Using Bones for Fox and Coyote, Trail Cameras around sets, and Mushin Trapping

For the Love of Trapping, Applying lessons from trapping to life, and something i‘m calling the Zen Master/Samurai Warrior Trapping Philosophy

Interview with Pennsylvania Trapper Brad Walker, about some of his water and dry land trapping

The Thinking Game, Being Prepared, and Being Unpredictable in Coyote Trapping

The Miscommunication of the Rules in Coyote Trapping, the Perfect Coyote Set, and the best and worst things for trapping

An interview with Kris Pope, host of the Coyote Trapping School Podcast

An Eastern Trappers view on trench sets, The Greatest Game Ever Played, Why anyone raising livestock should learn to trap, Prioritizing goals, and M44s

Forgetting how to trap, Being different, the %70 theory in coyote trapping, and the Minimalist approach

Find us in the Podcast App